Breastfeeding Mothers: Respect One Another!

Last week, Olivia Wilde's Glamour photo shoot created quite a stir. Here in my neck of the woods, a local radio station discussed the photo and breastfeeding in a less than helpful manner. I did not hear the broadcast, but according to friends of mine in a Facebook breastfeeding support group, the host stated that if women need to breast feed in public they need to use a cover, pump and bring bottles, or feed their baby in the bathroom. This upset a lot of women and prompted a nurse-in to be organized in front of the radio station.
This whole thing fueled a lot of debate and the main idea that came across is that no one respects anyone anymore and they all seem to be accusing each other of disrespect. 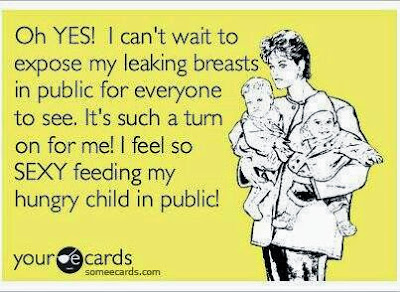 The radio host was being disrespectful in his remarks, not taking into consideration that there are babies who will not be covered or will not take bottles and that it is disgusting, unsanitary, and uncomfortable to feed your baby in a restroom.

Some of the comments from listeners and Facebook members were along the lines of respect as well. There were non-breastfeeding and breastfeeding mothers alike saying that it was disrespectful to others to show your breasts in public. The answer back to this from nursing mothers (like me) who have babies that will not be covered or take bottles was that is was disrespectful to deny a mother her right to feed her child and to also assume that because you may choose to cover when breastfeeding, every other mother must also do so. 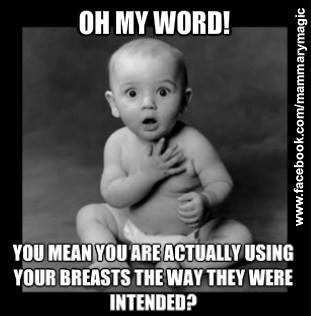 This argument will continue for as long as mothers are breastfeeding their children and as long as breasts are seen as a sexual object. So in other words, this argument will always be around. As a breastfeeding mother, I will do my part to respect those who choose not to breastfeed (or cannot breastfeed), those who choose to cover, and those who choose not to cover. All I ask in return is that other nursing mothers respect that it is indeed legal for me to breastfeed in public, covered or uncovered, and I am not a bad person if I choose to do so uncovered. Nursing mothers, if we respect each other then the ignorant people who disrespect us and our right to breastfeed wherever and whenever our child needs will be silenced when we band together instead of adding more fuel to the fire.
Instead, let's be supportive of each other and that we have made a great choice for our babies. Let's help each other succeed instead of fighting amongst ourselves! 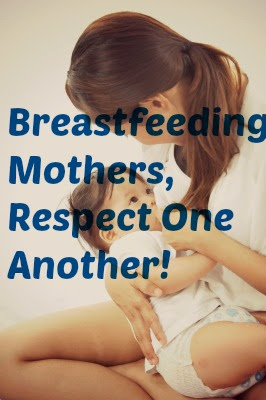