My Weight Loss Journal - So Far, So Good!

I've decided to jump on the band wagon of so many blogs and chronicle my weight loss (or maybe I should rename it my "healthy gain!") on my blog.

When I was pregnant with my first son back in November of 2012, I got up to 225 lbs. I lost that weight and then some during the 5 months that I was breastfeeding. By April of 2013, I was down to 185 lbs. Major weight loss for me! 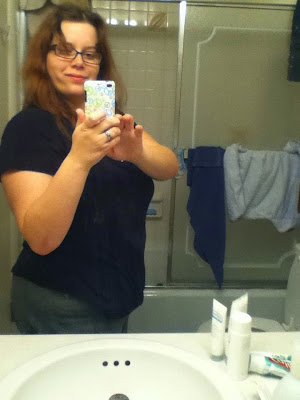 Me in February 2013
Surprise! I got pregnant. The pregnancy along with combination of quitting breastfeeding did not work well for weight loss. I gained some of the weight back and by December of 2013, I was 208 lbs.

Me in December 2013, just 5 days before Little K was born.
Fast forward almost 4 months. I've been breastfeeding full time, walking 2 miles 5 days a week to take my daughter to school and pick her up, chasing after my toddler (inside and outside), walking up and down the stairs as we now live in a two floor town home instead of an apartment, and playing a whole lot of Just Dance on the Wii! So far, I have lost 38 pounds and I am 20 pounds away from my goal I had set after my first son was born. I feel very motivated and sure that I can get there! The unfortunate thing about all this (of course I don't see it that way) is that now I need a lot of new clothes. The thrift store is going to be my best friend, and I plan on having a yard sale soon to get rid of some of my old clothes and get money to buy new ones! 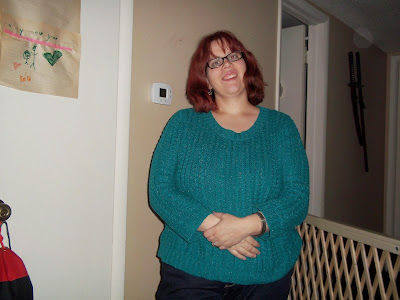 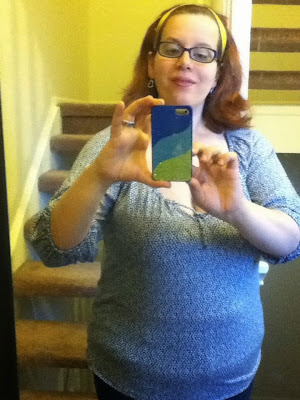